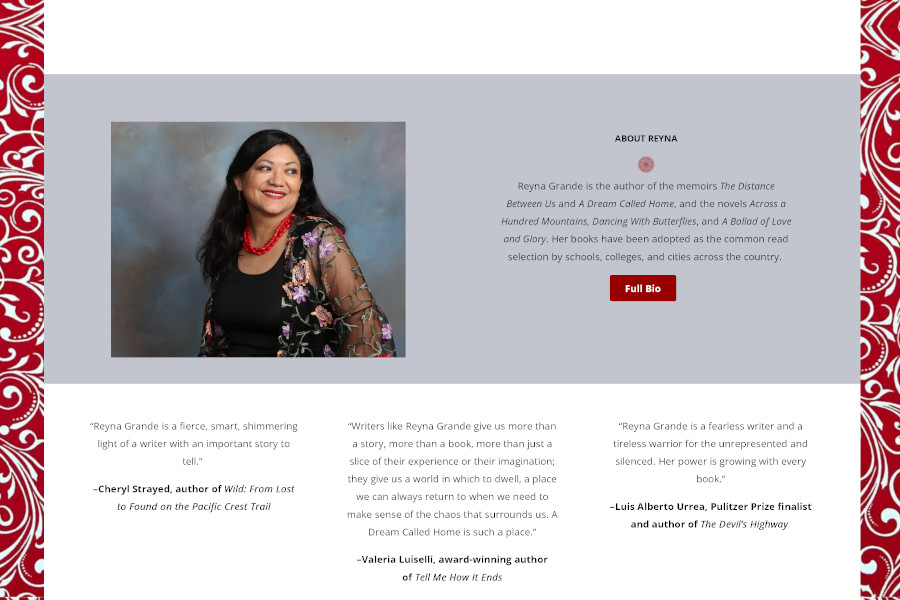 Reyna Grande is the author of the bestselling memoir, The Distance Between Us, (Atria, 2012) where she writes about her life before and after she arrived in the United States from Mexico as an undocumented child immigrant. The much-anticipated sequel, A Dream Called Home (Atria), was released in 2018.

Her other works include the novels, Across a Hundred Mountains, (Atria, 2006) and Dancing with Butterflies (Washington Square Press, 2009) which were published to critical acclaim. The Distance Between Us is also available as a young readers edition from Simon & Schuster’s Children’s Division–Aladdin. Her books have been adopted as the common read selection by schools, colleges, and cities across the country. Her most recent titles are A Ballad of Love and Glory (Atria, 2022), a novel set during the Mexican-American War, and an anthology by and about undocumented Americans called Somewhere We Are Human: Authentic Voices on Migration, Survival and New Beginnings (HarperVia, 2022).